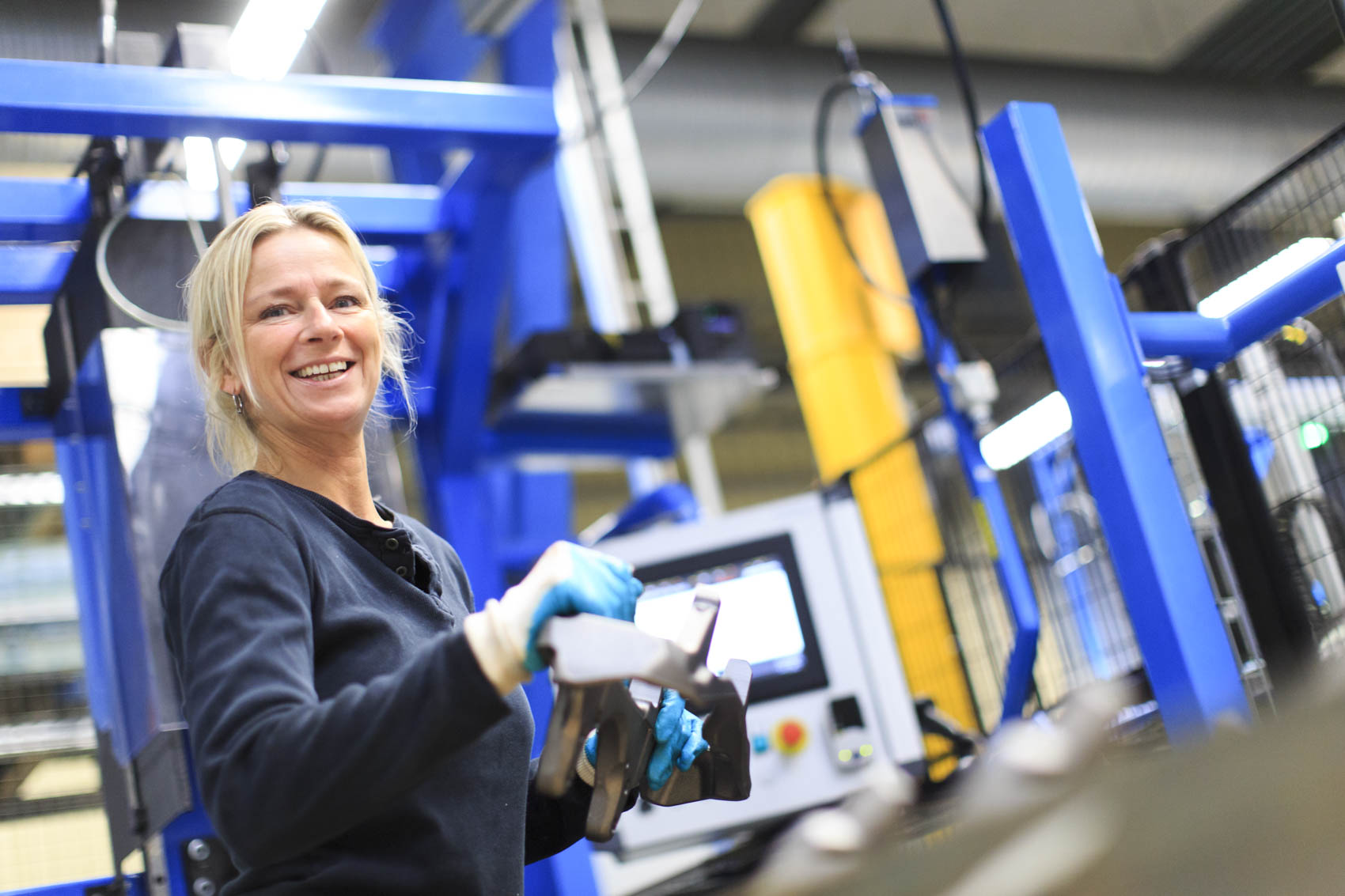 Market conditions continued to be weak in Q2, resulting in lower sales. The decline was greatest in North America which is the single biggest cause of the lower net sales figures. Savings realized and solid cost controls partially offset the decrease in sales and had a positive impact on the operating margin. Cash flow improved compared with the same period of the previous year.

Net sales for Q2 totaled SEK 1,147 (1,290) m, equivalent to an 11% decrease compared with the same period of the previous year. After currency adjustments, net sales decreased by 9% in Q2. Currency-adjusted net sales fell by 10% for the first six months of the year.

A joint venture is being formed with the Chinese company VIE in order to develop electromechanical brake systems for commercial vehicles. The initial focus will be on the electric bus market in China.

After the end of the quarter, SAF-Holland announced an unsolicited public takeover offer for all shares in Haldex. The press releases from SAF-Holland and Haldex are to be found on the Company’s website.

“Net sales in the second quarter remained lower year-on-year. The decline in demand observed in the number of vehicles produced in North America combined with the effects of the product recall impacted our sales significantly.

We had solid cost controls in Q2 and our operating margin is mainly correlated with lower net sales, not higher costs. Currency fluctuations also impacted the operating margin, resulting in an operating margin after currency adjustments of 8.3% for Q2. A Haldex that can deliver high profitability even when net sales are down significantly remains one of our highest priorities and we are continuing to work toward the operating margin target of at least 10% we set for the long term.

The weak North American market is continuing to impact us. Similarly to Q1, about half of the sales decline we experienced in Q2 was related to actuators. This is mainly correlating to our strong position in the Truck segment in North America, which have seen a major decline, and only to a lesser extent due to the product recall. The improved version of the recalled actuator will be launched after the summer. We recently initiated customer discussions which showed that we still have the customer’s confidence and a majority of them will switch back to our actuator during the next change window.

In Q1, we relaunched our disc brake in the US after several years of being unable to sell and market this product due to a patent dispute. The response from both customers and the media has been very positive and we inked our first small deal shortly after the launch. Our goal is to secure a contract on the US market with a trailer customer before the end of the year, which would be of great strategic value.

We have everything we need to get back to previous net sales levels in North America. However, it will take time due to the generally weak market conditions. Visible effects cannot be expected until the market climate is improving.

Haldex has a strong product portfolio with the disc brake serving as its main growth driver. As previously announced, net sales from this product category are expected to increase by one-third this year and then gradually reach even higher volumes over the coming years. The previously reported discussions with major truck manufacturers have proceeded according to plan. No customer has made a final decision on their choice of supplier yet in ongoing processes. A decision is not expected until the fall. It is worth noting that the long planning times which are standard in our industry and revenue from these contracts is expected to start coming in 2020.

In Q2, we announced a joint venture with Chinese VIE. This project is very promising and involves many interesting aspects. We will jointly develop electromechanical brakes for electrical commercial vehicles. Haldex has prior knowledge and concepts related to this technology which are cutting edge. It is also a rapidly growing market, although revenues are several years away at this stage. Electromechanical brakes have a shorter stopping distance than pneumatic brakes and it is very exiting that Haldex will take a leading position in a technology which is both safer and more environmental friendly. It’s well aligned with our vision for a world of safer vehicles.

The aftermarket is usually relatively stable when new production is on the decline, but the aftermarket decreased in North America in both Q1 and Q2. This may be partially due to a transitory period where accumulated inventories are used first before there is a noticeable change on the aftermarket. However, the aftermarket has had a stabilizing effect in Q2, which is positive.

Our two new brands on the aftermarket – Midland for North America and Grau for Europe – have continued to perform well. Sales for these brands and the rest of Haldex's products, via the e-commerce platform we launched in North America in Q1, exceeded expectations.

The European market is looking promising in 2016 with an increase in order intake, while North America is forecast to continue its weak development and may be impacted further by a decline in the Trailer segment during the fall. The positive trend will continue in India, but we expect no significant improvement in Brazil in 2016. We forecast that China would not see any substantial improvement in 2016 in our previous interim report, but China has already begun showing signs of growth and we now have a more positive outlook for China for the full year.

We are sticking with our forecast that 2016 will be a year where we will still be feeling the effects of the events in North America and struggle to generate growth. Our goal is to continue ensuring solid profitability, and the operating margin for the first half of the year can be considered realistic under current market conditions.”

The full interim report is available at http://www.haldex.com/financialreports or at http://news.cision.com/haldex

Media and analysts are invited to a telephone conference at which the report will be presented with comments by Bo Annvik, President and CEO, and Åke Bengtsson, CFO. The presentation will also be webcasted live and you can participate with questions by telephone.

The press conference is broadcasted at: http://www.financialhearings.nu/?160715/haldex

To join the telephone conference:

The webcast will also be available afterwards and you can download the Interim report and the presentation from Haldex website: http://corporate.haldex.com/en/investors

The interim report is essentially a translation of Swedish language original thereof. In the event of any discrepancies between this translation and the original Swedish document the latter shall be deemed correct.

Haldex AB (publ) is required to publish the above information under the EU Market Abuse Regulation and the Swedish Financial Instruments Trading Act. The information was submitted for publication by the Haldex media contact stated in the release on Friday, July 15, 2016 at 7:20 CEST.

Haldex (www.haldex.com), headquartered in Landskrona, Sweden, is a provider of proprietary and innovative solutions to the global commercial vehicle industry, with focus on products in vehicles that enhance safety, environment and vehicle dynamics. Haldex is listed on the Nasdaq OMX Stockholm Stock Exchange and had net sales of approx 3.9 billion SEK in 2013. The number of employees amounts to about 2,200.